音你所乐， 乐我所笛 Music is joyful, the flute makes me happy

In order to link with the “Art Festival” activities of PYP Section of WFLPS, the school invited a Chinese flute player, Rong Ying who won an Oscar for the Best music for "Crouching Tiger and Hidden Dragon" to present a musical feast for all of us. Rong Ying played two pieces "Ruo Shui" and "Chun Fen". 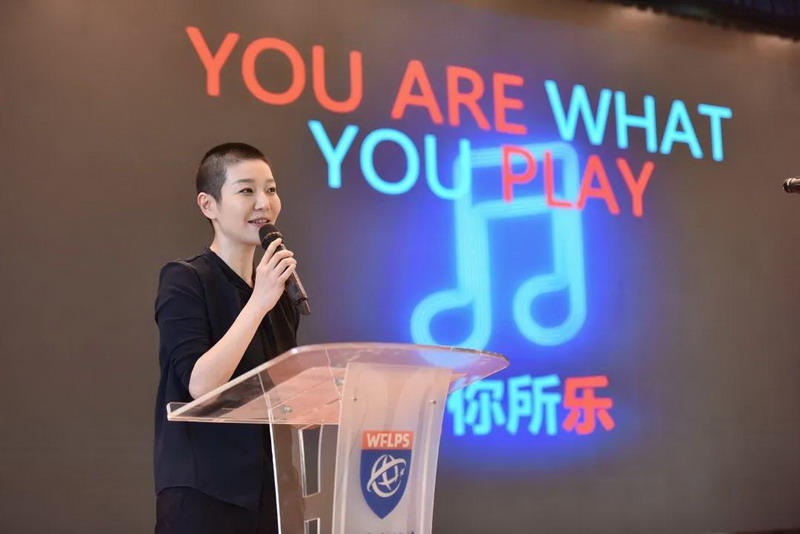 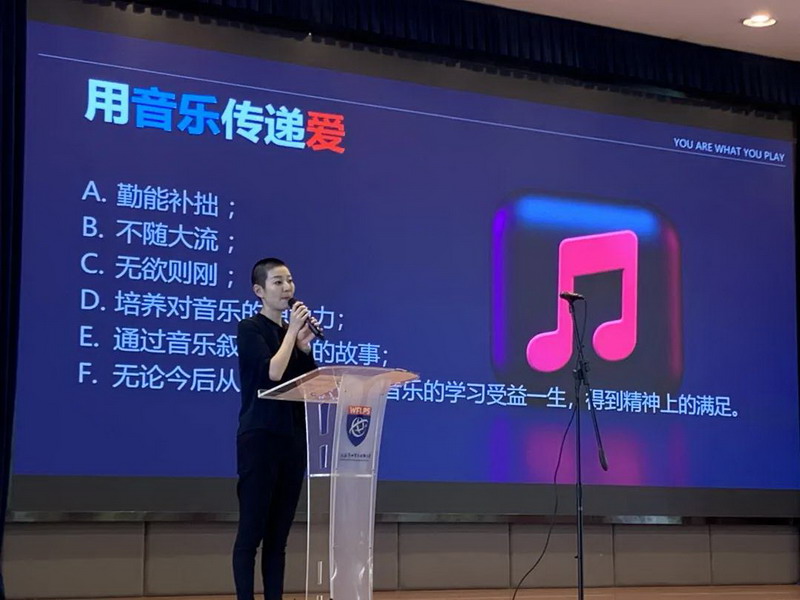 Rong lso talked at length about the art of the music based on the theme of “Music is joyful”. When she was a seven-year-old child, she started to learn the Chinese Flute. Like the most of the Shanghai kids, her memory of the childhood is all about the Children’s Palace and the flute. From 10 to 18 years old, Rong Ying was the chief flute player of “Shanghai Children’s Palace of the Art Group”. She went  overseas to perform and had concerts with some masters. She played for the President of USA, Clinton, the former prime minister of Japan--Fu Tian Kang Fu, and  the princess of Japan--Ya zi, Nan Huai Jing , to name a few. 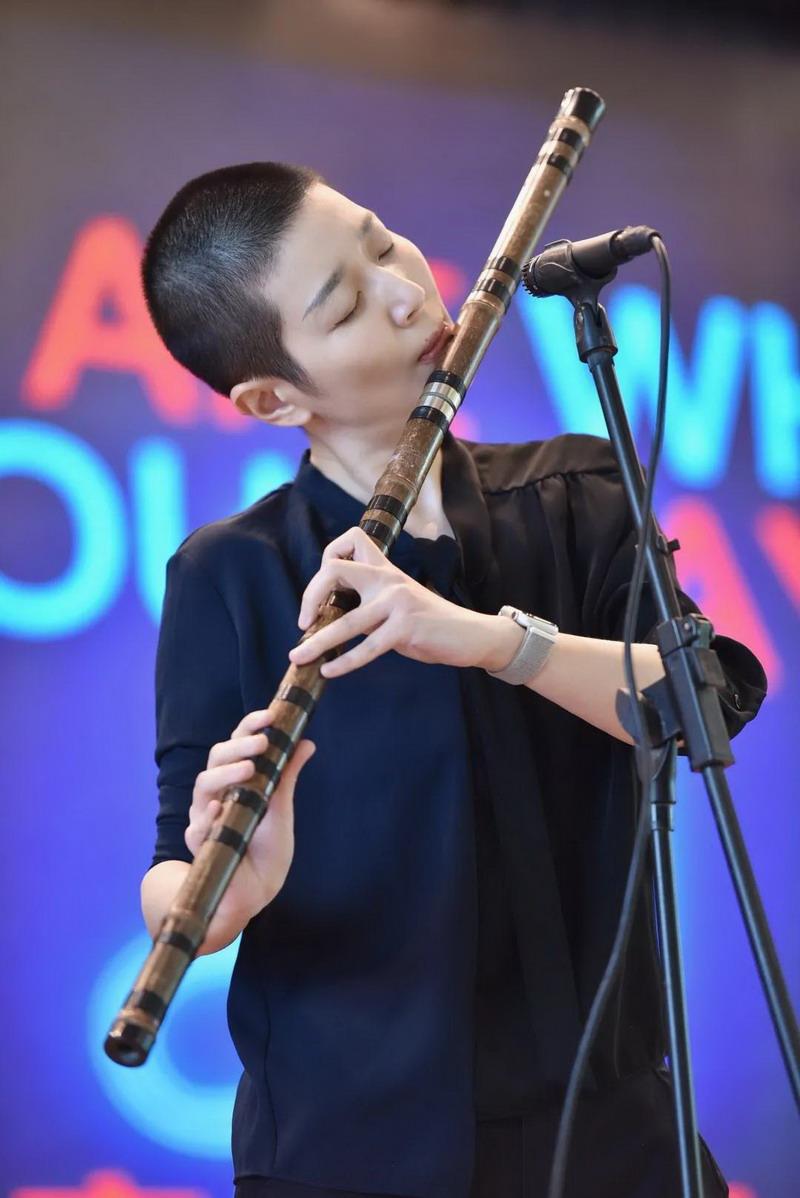 She was a parent of WFLPS. She really appreciates that the school offered her an opportunity to perform for all the students. She told the students that “Being kind and true is the beauty.” She used the music to express love. She encouraged music lovers to try to join a band, and never give up your dreams. Her music is in her soul. The music is in the bottom of her heart and she expresses herself through the music.

在座的学生们也纷纷与荣老师进行了互动。同学们举手提问，有同学问：“荣老师，您有想放弃的时候吗？您是如何坚持下来的？”、也有同学问到：“学竹笛有没有影响您的文化科学习呢？”面对同学们的提问，荣颖老师耐心地一一作答。The students had some interaction with Rong by asking her questions.  Someone asked, “Have you ever thought about giving up? How did you persist?” Rong answered the questions patiently one by one. 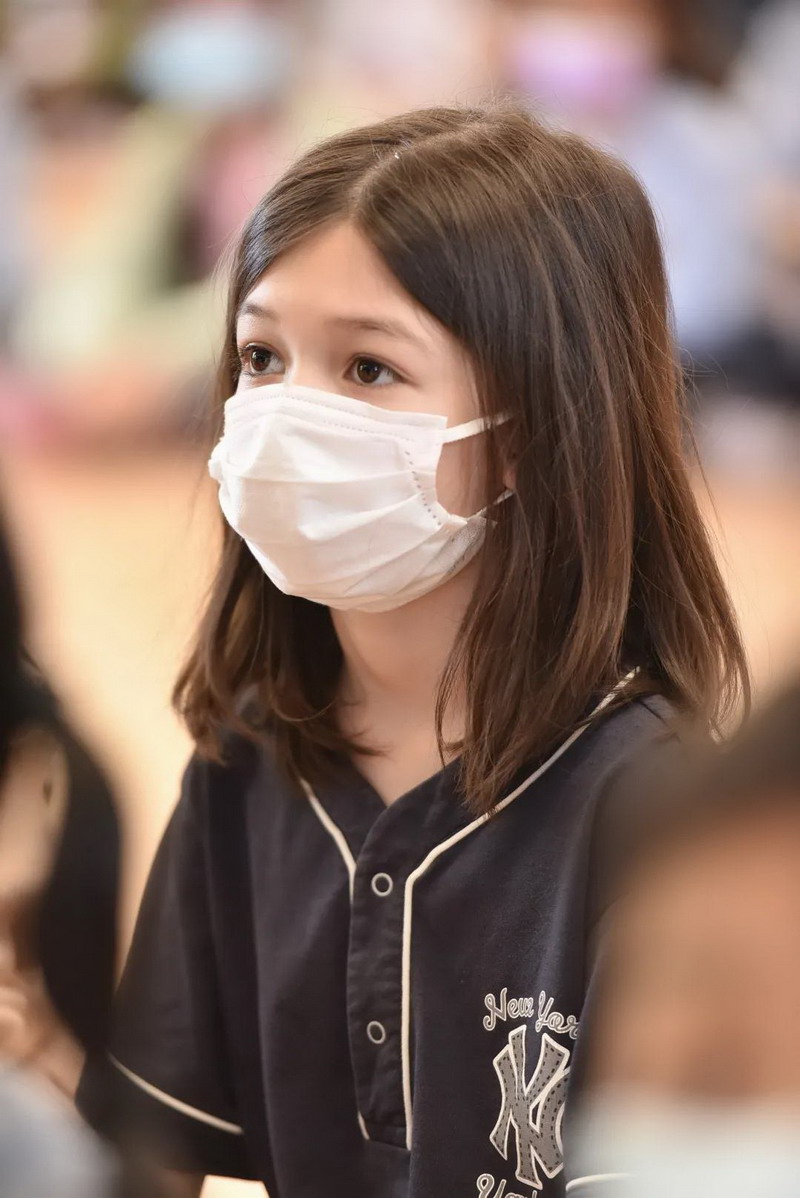 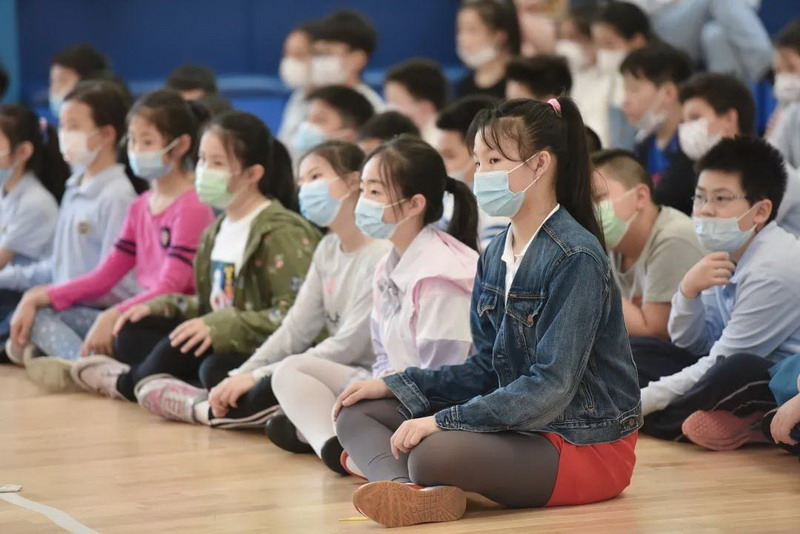 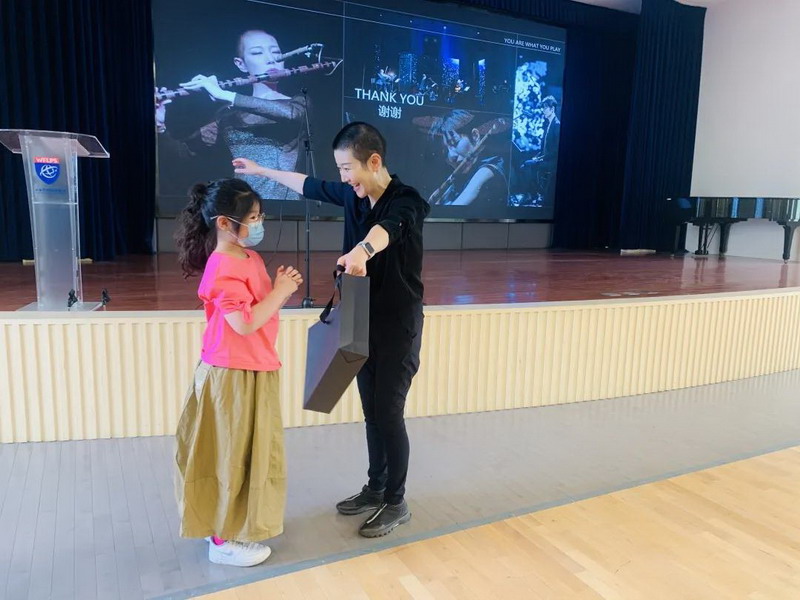 A representative of the students present a DIY silk scarf to Rong as a souvenir gift.

绮叠萦散，委婉的笛声在校园里飘零流转。The school campus is surrounded by the sound of the flute.